Published on June 8, 2019 by Adam Buckeridge, Director of Client Experience

Top rental car company Hertz became the talk of the enterprise development community as they slapped management consulting firm, Accenture, with a $32 million dollar lawsuit for a digital transformation gone wrong. A successful digital strategy, that is perfectly aligned with a client’s vision for the project, should not only provide the right solutions to a clients problems, but be paired with a project plan that ensures the client’s goals will be met.

Hertz entered into their digital rebuilding process with a new website in mind. Hertz wanted a site that would ultimately improve their customers’ eCommerce experience. As the second-largest car rental company in the US, they also wanted to create a site that their customers could use from anywhere – desktop, tablet, or smartphone.

This digital transformation was part of a larger strategic plan to surpass competitors through a cutting-edge online presence and to stay current in an ever-changing industry with increasing digital demands. Hertz hired Accenture to bring their web transformation plan to life through designing, building, testing, and launching the new site and associated apps. Compiling and understanding a project’s key objectives and purpose is essential for a project to be successful. What happened next was beyond what Hertz could have ever imagined.

From Concept to Reality:
What Went Wrong

What started as an exciting new pursuit for Hertz ended in a multi-million dollar nightmare. Per their lawsuit, Hertz’s complaints are numerous:

The new Hertz website was scheduled to go live in December 2017. When Accenture failed to meet this deadline, it was pushed to January 2018 and then to April 2018. As Accenture missed each new deadline, Hertz continued to shell out hundreds of thousands of dollars to expedite the process and attempt to address the issues that were preventing the launch.

Not Optimized for Tablet

Hertz’s plans included a website that was optimized for desktop, mobile, and tablet, yet Accenture failed to deliver a tablet-responsive design. After Hertz raised an issue with this shortcoming, Accenture allegedly demanded hundreds of thousands of dollars to rectify the lack of tablet-friendly technology.

Hertz operates in 150 countries worldwide, with franchises in Europe, Latin America, Australia, and Africa, among them. According to the lawsuit,

“Accenture deliberately disregarded the extensibility requirement and wrote the code so that it was specific to the Hertz brand in North America and could not be used for the Hertz global brand or for the Dollar and Thrifty brands.”

As reported in an article by The Register, Accenture told Hertz that they were required to pay for software licenses that they didn’t even know how to use. The article states:

“Accenture apparently told Hertz that to speed up the production of the website's content management system, it wanted to use something called "RAPID" – and told Hertz it would have to buy licenses for it to do so. Hertz bought the licenses, however, it turned out that Accenture didn't actually know how to use the technology and the quick-fix took longer than it would have done without it.”

Not only did this cause further lag time in the already-delayed project’s launch, but it was also a misuse of Hertz’s deep financial investment in the project.

The deliverables that Accenture did manage to provide were so full of poorly written code that it needed to be thrown out altogether. According to the lawsuit:

“Accenture’s team struggled to understand the back-end systems and apparently had difficulty programming the software used for the integration layer. In addition, Accenture was unable to properly develop the FED code. Accenture expressly acknowledged its failure in a slide presentation it prepared for a January 2018 status meeting, stating that “Front End Technology (Angular2) has been a challenge for us to deliver.

Accenture’s code for the AEM component (the content management system that allows Hertz to create, edit, and change the content on its websites) was seriously flawed as well. The coding and file structure were not based upon the Adobe AEM archetype, which made the application unreliable and difficult to maintain, as well as making future updates challenging and inefficient. Accenture’s Java code did not follow the Java standard, displayed poor logic, and was poorly written and difficult to maintain.”

The Hertz digital rebuild debacle is a learning opportunity for businesses everywhere. Providing a responsive, functional, and customer-friendly website is essential in today’s business landscape, and anything less takes you out of the running for a leading spot in your industry.

When organizations lack the in-house resources to create such a site on their own, they turn to outside experts to build a strategy to bring their digital vision to life. It should go without saying that a transformation of this scale, as well as more modest digital projects, requires thorough due diligence before choosing an enterprise development firm to partner with. The right match will see both groups playing an active part in project management to ensure success.

When choosing a firm for your own enterprise development project, there are some core competencies that any of your contenders must have. Click To Tweet

When choosing a firm for your own enterprise development project, there are some core competencies that any of your contenders must have. First of all, they need to be digital strategy experts with a fantastic reputation, and that’s non-negotiable.

Secondly, your chosen partner needs to take a holistic approach to managing your project and consider the entire picture, both in the short-term and moving toward the long-term functionality of your site.

In addition to those two must-have qualities, your enterprise development partner must set realistic expectations, and have great respect for time management of:

Lastly, they must be able to predict and mitigate hurdles and roadblocks that will inevitably arise over the course of your project. If anyone tells you that unforeseen challenges won’t arise, they’re the wrong firm.

Digital enterprise projects, especially those that are large in scale, can become unwieldy and expensive, even in the hands of experts. Any fruitful development project needs to address the following aspects:

A clearly defined scope that is decided on after considering various other potential scopes. It’s critical to examine different ways of arriving at your end goal before settling on a course of action. Automatically going with the first plan that comes to mind could leave important stones unturned. A good firm will trial a few scope possibilities before arriving at a well-defined plan.

A communications plan that ensures both the client and the service partner knows the key players on each team, what their role is, and who to contact for various aspects of the project’s development.

A detailed schedule where the scope must be painstakingly broken down into tangible parts without question of who is in charge, the timeline, the potential pain points, and a mitigation plan for each step.

A key deliverables plan that lays out the benchmarks of the project. This gives the project structure, goals for achievement, and ensures that the project is successfully meeting the main business objectives set.

A detailed budget and resource allocation plan. This must address how to mitigate potential scope creep so the project stays on budget.

A core dates calendar with time allotted for a discovery phase, a clearly defined development timeline, ROI goals for the project, and long-term objectives of the project.

An accountability structure that addresses how the enterprise development firm will handle some of the inevitable roadblocks that arise, whether it’s missing key deadlines or overspending in some areas.

An emergency response plan – a set of checks and balances to mitigate major issues that can come up if the project deviates dramatically from the original plan.

With the right team and careful planning, a successful enterprise development project can be a reality for your organization, without nightmare scenarios like the one that Hertz faced. Crowd Favorite is strongly rooted as an industry leader in digital enterprise development and enterprise client services. Together we can provide smooth, elite implementations of your digital development projects. Contact our team today to begin the successful partnership that both your business and your digital project deserve. 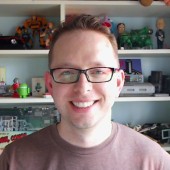 Adam Buckeridge
Director of Client Experience, Crowd Favorite
Adam is the Director of Business Development at Crowd Favorite. He has a strong background in technical requirements gathering and digital strategy. Adam’s unique balance focuses on understanding the individual and organizational needs of both new and existing clients. Adam has had the unique experience to have started on the production team at Crowd Favorite as a project manager, allowing his seamless move to business development. There he focuses on a great client experience by delivering value in our solutions, thereby building and earning the trust of our clients.