Published on May 27, 2020 by Meghan Goetz, Director of Marketing

Over the last year, WP Engine, a WordPress digital experience platform leader, dedicated itself to creating a feature-length documentary exploring the art and science behind the advertising industry’s 20+ year
evolution.

The result is make|SHIFT, a documentary that explores the history of modern advertising and the role that creative technology played in its evolution.

Crowd Favorite participated in telling the story of digital transformation. CEO, Karim Marucchi, was featured in the documentary.

The conversation moved from how do we market to people online to how do we provide information and have a conversation with people- online. #DigitalTransformation Click To Tweet

From the heyday of TV advertising to the dawn of the Internet to the rise of the digital experience, make|SHIFT explores the art and science behind the advertising industry’s 20+ year evolution.

The documentary, make|SHIFT, is a story about the agencies and makers behind some of the world’s most successful brands. The interviews include a wide range range of leaders and pioneers who helped advertising evolve from the “Mad Men” era of one-to-many advertising to an age of targeted micro-campaigns that are created in hours and where technology and social media have democratized the industry by giving consumers the power to determine how, when and where they connect with a brand.
The film shows how creative technologies drove a shift from pushing messages through TV, radio, print and outdoor ads to delivering increasingly engaging, immersive and valuable digital experiences to consumers. While some advertisers struggled to evolve, a brave new generation grasped the possibilities—both creative and strategic—and harnessed these fast-changing technologies to enhance their creativity, test new business models, and engage with consumers both at a scale never before possible and more intimately than ever before.

The film is particularly resonant today, as the advertising industry again finds itself in a period of evolution, adaptation and, ultimately, rebirth. As advertisers harness technology to find new ways of getting their message in front of audiences, the film’s portrayal of the scrappy determination that led agencies to revolutionary successes five, 10 and 20+ years ago is more important than ever before.

WP Engine and Ad Age are partnering on a Publisher’s Panel, scheduled for Thursday, May 28th at 1:30 p.m. EDT. Titled “How Creative Technology Transforms Industry.” The panel will discuss how makers and agencies have shifted and re-shifted their skillsets, creativity, and businesses as new creative technologies emerged, declined, and were replaced by the next technology in an endless cycle of change. They will also discuss make|SHIFT and provide a free link for the viewers to see the entire film.

The film will be available to watch on May 28, 2020 at makeshift.film. 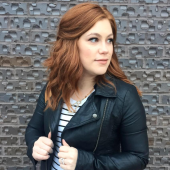 Meghan Goetz
Director of Marketing, Crowd Favorite
Meghan is the Marketing Director for Crowd Favorite. As an experienced marketing professional, she is passionate about helping brands share their stories and expertise through digital and traditional marketing strategies. When she is not curating events or executing marketing strategies, Meghan can be found in NEO reading - any and all books. She is always seeking out new recommendations!

How is Industry 4.0 Advancing Digitalization

Karim Marucchi, CEO sits down with Ken Coyne of Tech People to discuss the importance of data ownership and the impact of Industry 4.0.

As our vision and team continue to evolve, we couldn't be more excited to welcome our newest team member, Ant Miller. Ant is joining our team as Director of Client Engagement!