Published on December 30, 2013 by Steve Mathias

We've released an update to the Twitter Tools plugin for WordPress. Twitter Tools works with Social to create an elegant 2-way integration between your WordPress site and Twitter. Twitter Tools archives your tweets on your own site, and gives you the option to turn them into blog posts. You can see it in action on my personal site.

We pushed out this release primarily for compatibility with changes made in Social v2.10, but there are a few other nice changes as well.

I think it's awesome that several of the changes were submitted to us through GitHub by other developers in the community (as noted above).

Download the new version from WordPress.org. Developers, collaborate with us on GitHub where active development takes place. 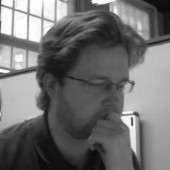